Chris Kwak became involved in Michigan’s philanthropic community while working at the National Youth Leadership Council as a social worker. In this role, Kwak facilitated the conversations of Youth Advisory Council members who attended the Council of Michigan Foundation’s highly experiential summer camps. As a program officer for the W.K. Kellogg Foundation, Kwak led national efforts to deeply integrate service-learning into the culture of K-12 schools while making grants to support philanthropy and volunteerism. Kwak has a deep understanding of the history and culture of Michigan’s philanthropic community, and brings a national perspective to her insights. 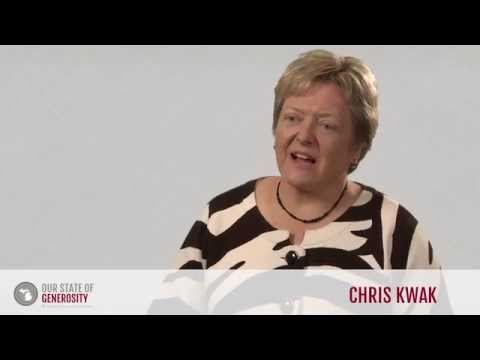 Chris Kwak on the effectiveness of committing to the cause and tackling solutions together in philanthropic work. 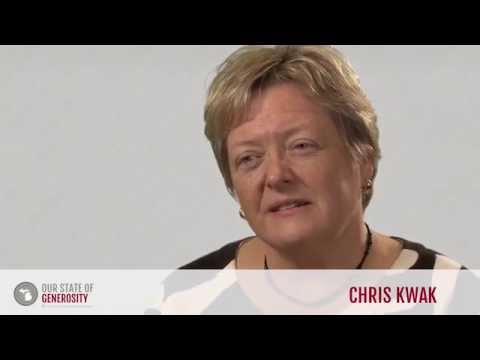 Chris Kwak on the importance of patience, simplicity, and sustainability in philanthropic leadership. 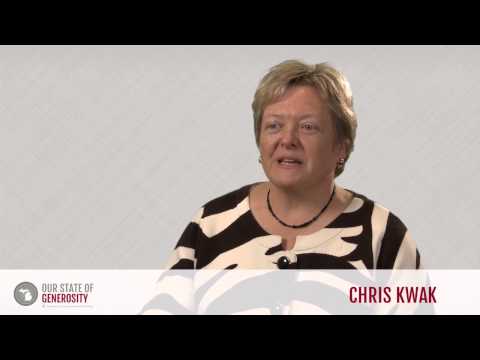 Chris Kwak describes how MCFYP put into practice the social redefinition of youth as assets and resources, rather than deficits and recipients. 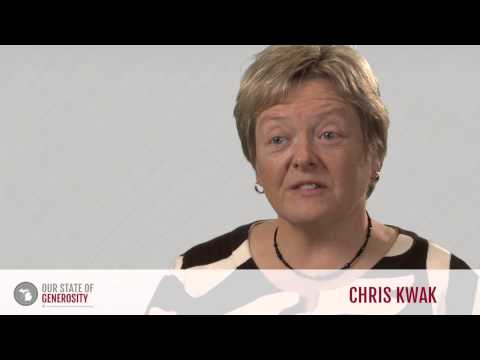 Chris Kwak on the goals and successes of the MCFYP summer retreats. 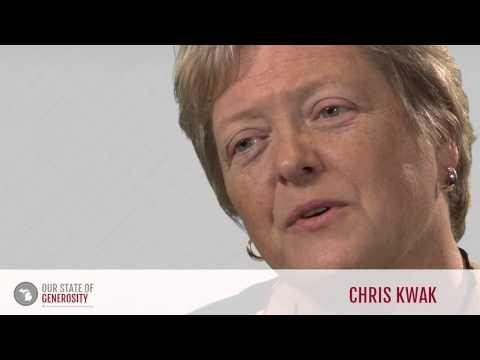 Chris Kwak on the importance of building networks and sharing knowledge in philanthropic leadership. 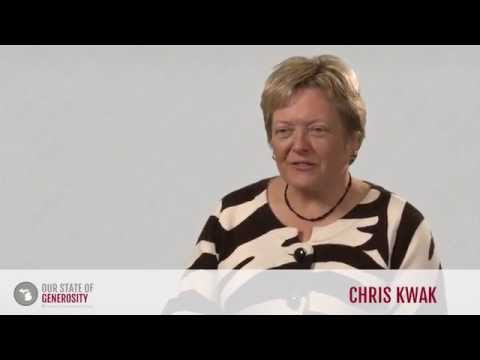 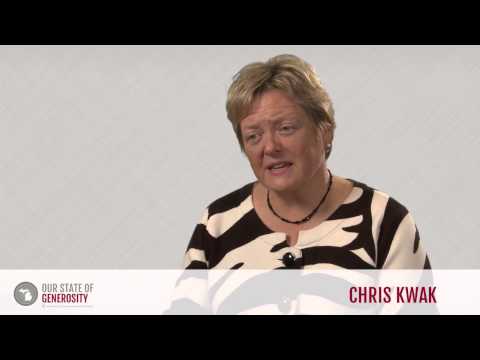 Chris Kwak talks about the mission and development of Learning In Deed. 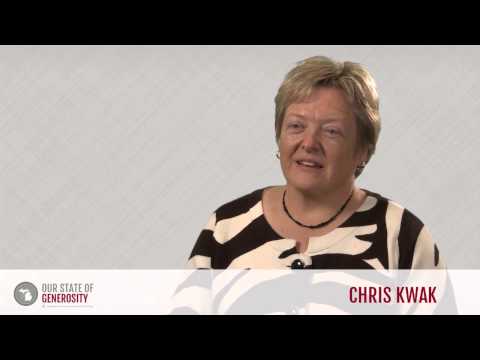 Chris Kwak talks about her career in philanthropy. 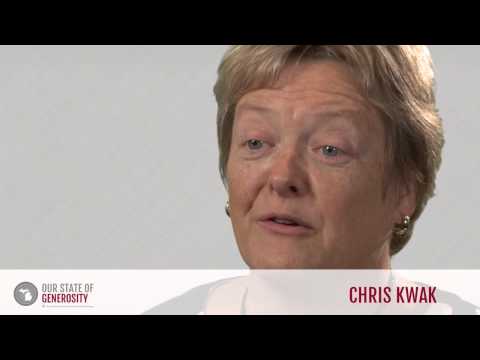 Chris Kwak describes the values MCFYP was founded on. 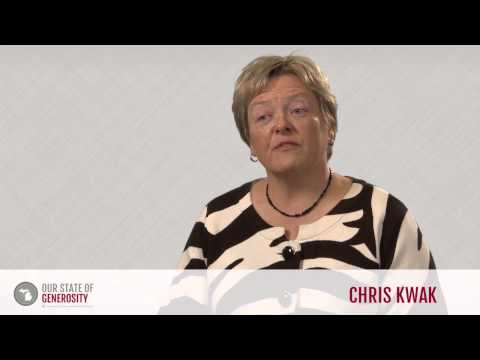 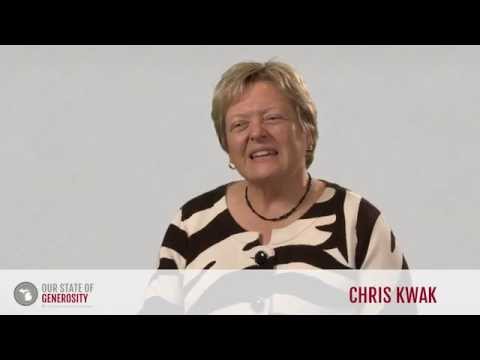 Chris Kwak describes how it takes between 5 to 10 years to truly see the effects of philanthropic initiatives.

Born near the small town of Momence, Illinois, Kwak grew up on a farm with five brothers and sisters. Every summer, her family would go on long camping trips, often staying at national parks across the country. By the time she was 12 years old, Kwak’s family had visited 42 of the U.S. states. Kwak witnessed the grandeur of these national parks, and was exposed to all kinds of educational activities.

These rich childhood experiences helped Kwak develop a broad view of our nation and its people. This perspective ignited a fiery passion for experiential education. She recognized how important it is to do what you love, to pay attention to what you’re doing, and to keep a watchful eye on the broader field in which you’re involved.

Growing up in a rural hometown, Kwak’s experiences shaped her strong principles about helping others. If someone needed help — everyone helped. This ethic of serving others, combined with a social justice lens, was fostered by a group of “radical” nuns in high school. Through their gentle guidance, Kwak was prompted to ask these questions: Who are the haves and who are the have-nots? What are the responsibilities of the haves to the have-nots?

After graduating from the University of Illinois, Kwak directed youth camps in northern Illinois, which reinforced the importance of community in growth and learning. Experiences in youth camps inspired Kwak to pursue a career helping people learn to solve problems that kept them from fulfilling their potential, which led to earning a master’s degree in social work at the University of Minnesota. The position at the Twin Cities Youth Policy Forum, and internships in the field of social work, helped Kwak understand the potential that young people have in shaping their communities, as well as the way they benefit from the experience.

Seeking to implement larger, more systematic changes to reflect these experiences, Kwak accepted a position as director of national programs at the National Youth Leadership Council (NYLC) in 1990. Kwak was involved in staffing what she describes as an “experiential scenario” for youth – learning to lead and make decisions, not by theory or lectures, but by doing — as part of the leadership camp curriculum. This action scenario was the summer experience that engaged the first generation of Michigan Youth Advisory Council members as a part of an orientation to philanthropic work. Kwak, hired to program and implement the summer experience as a member of NYLC, provided the counseling support required for this highly interactive action lab.

Kwak was then hired by the W.K. Kellogg Foundation in 1993 by Program Director Joel J. Orosz to help build the emerging Philanthropy and Volunteerism programming division, and later worked in the Battle Creek programming area and served on the Michigan programming team. Kwak retired in July 2012 as program officer at the Kellogg Foundation and continues to offer independent consultation services.

Kwak became involved with the Michigan Community Foundations’ Youth Project (MCFYP, started in 1988) while working at NYLC. During the late 80s through early 90s, MCFYP was new on the horizon. It was an innovative project intended to engage young people in communities throughout Michigan, teaching them leadership skills, fundraising, grantmaking, and about the far-reaching benefits of philanthropy.

MCFYP was born out of the Council of Michigan Foundations’ commitment to ensure every citizen in Michigan had access to a community foundation. Supported by a series of grants from the W.K. Kellogg Foundation that ultimately totaled $64 million, and support from other funders including the Charles Stewart Mott Foundation, the challenge presented an innovative concept; the belief that young people should have a say in grantmaking, and further, that they had a rightful place at the table as members of youth advisory councils (YACs) at their community foundations.

“MCFYP wasn’t just talking about putting young people in the driver’s seat, but it was actually giving them the power and the decision-making that comes with the distribution of resources,” said Kwak. “To me, it was a premier, early out-of-the-gate, stellar program that really showed the power of what young people could do.” The decision to entrust young people with grantmaking decisions, giving out millions of dollars for worthy projects, made history at home in Michigan, throughout the U.S., and across the globe. The grantmaking is ongoing and will continue in perpetuity, as the YACs were permanently endowed. It is a legacy that, according to Kwak, laid the groundwork for all generations to come.

At the Kellogg Foundaton, Kwak led the Learning In Deed Initiative, established in 1997, to spark a collaborative, national effort to infuse service-learning as part of the core educational curriculum for kindergarten through 12th grade. She co-founded the Grantmakers Forum for Community and National Service  (now called Philanthropy for Active Civic Engagement) and led the foundation’s work with the Corporation for National and Community Service, the Points of Light Foundation, Women and Philanthropy, the re-introduction of a national leadership fellowship program for the foundation, and many other initiatives and service organizations.

Kwak is celebrated as a strong supporter and promoter of women’s philanthropy. She has contributed to this field in many ways, including leadership and participation in the work of the Michigan Women’s Foundation (through various grants and staff development opportunities) and the Women’s Funding Network, a national organization that was largely responsible for more than doubling the number of women’s funds in the U.S. and globally, from approximately 60 to over 160 in a 20-year period from 1993 to 2013.

Kwak worked closely with efforts in Michigan to prepare for the passage of national legislation supporting volunteerism. She served as a state commissioner of the Michigan Community Service Commission, which has invested more than $100 million in community volunteer initiatives and engaged more than one million people in volunteer service.

“So my advice is always do what you love, pay attention to not only your work but to the broader field of what you are engaged in and then let philanthropy find you, because it will.”

Kwak was interviewed regarding her insights and experiences in working with Michigan’s philanthropic community and the Our State of Generosity (OSoG) partners. The following quotes specifically relate to the five organizing themes of the OSoG project.

“As long as I have been at the Kellogg Foundation, I have found a great wisdom from our leadership that understood that money alone is not enough and that we actually have a commitment to investing many parts of who we are into our investments and that currently plays out now. We invest financial resources, we invest human resources, we invest our connection to networks… ”

“We felt very strongly, in the case of MCFYP, if young people were to be giving money away, if any of us step into the power and the privilege of distributing resources, it is really important for us to understand what the implications of that are and also what the realities are around poverty, social justice, and injustices.”