Craig Ruff participated in and observed the development of Michigan’s philanthropic community over several decades. During his years in state government and with Public Sector Consultants, Ruff worked closely with Michigan’s nonprofit organizations and foundations. He is a highly respected public servant and consultant. He was both a formal and informal advisor to many of the philanthropic leaders of Michigan and for public-private partnership efforts between the nonprofit sector and government. As a thoughtful activist and observer, Ruff brings insight into the history of the development of Michigan’s philanthropic sector. 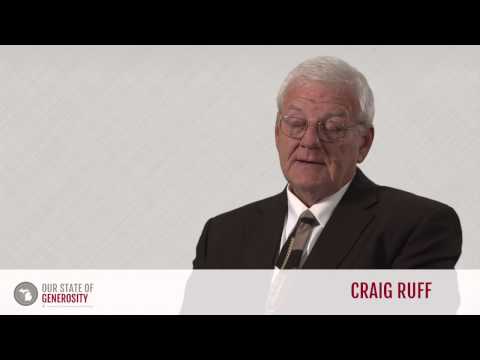 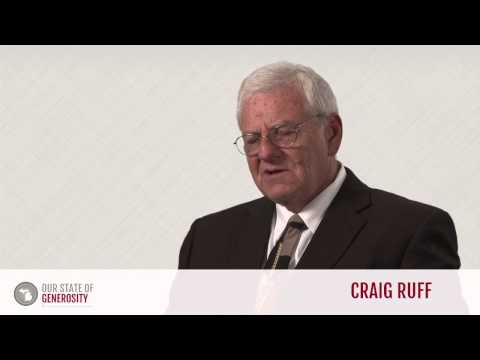 Mr. Craig Ruff talks about how servant leadership in Michigan goes hand-in-hand with its cultural history. 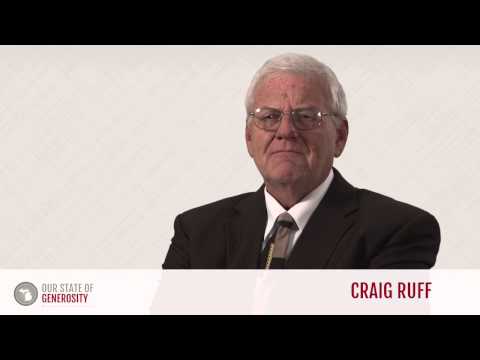 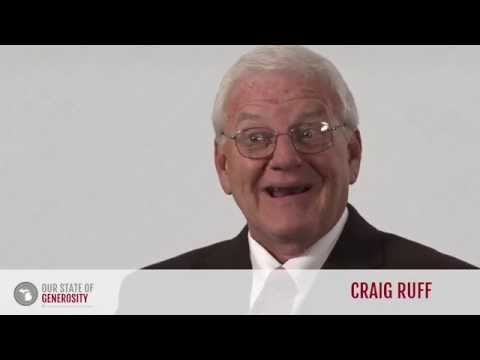 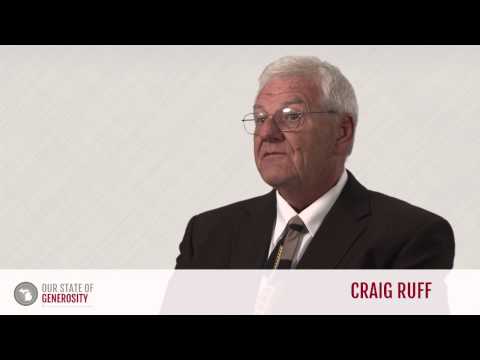 Mr. Craig Ruff talks about the difficulties and successes involved in the passing of the Michigan Community Foundations Tax Credit. 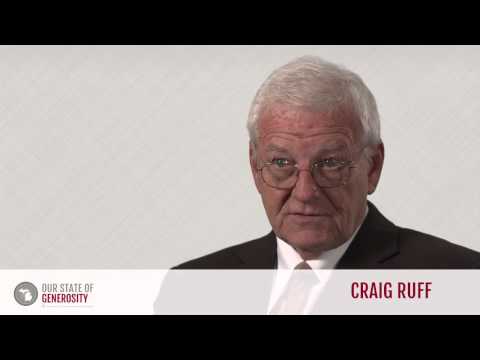 Mr. Craig Ruff talks about how important it is for nonprofits to advocate for their cause in the public sector. 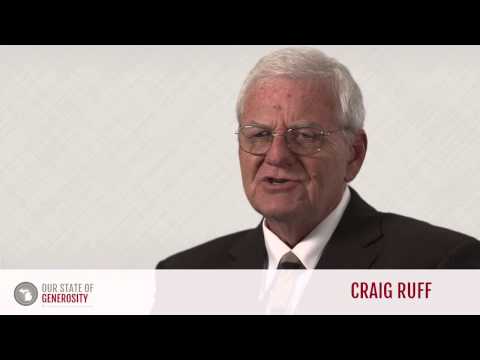 Mr. Craig Ruff talks about his career in philanthropy. 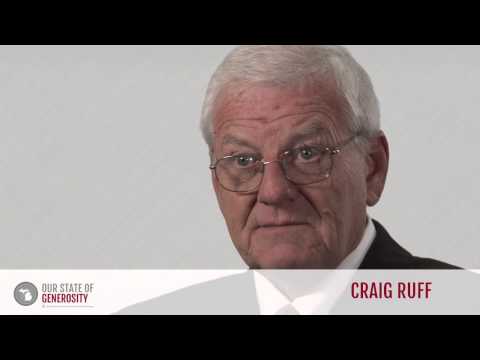 Mr. Craig Ruff talks about the relationship between nonprofits and government through the Office of Foundation Liaison. 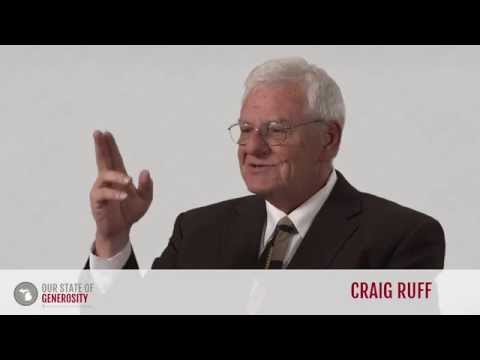 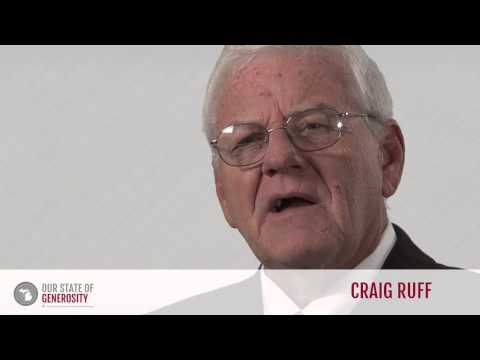 Mr. Craig Ruff talks about the interworkings of the public, profit, and nonprofit sectors of society. 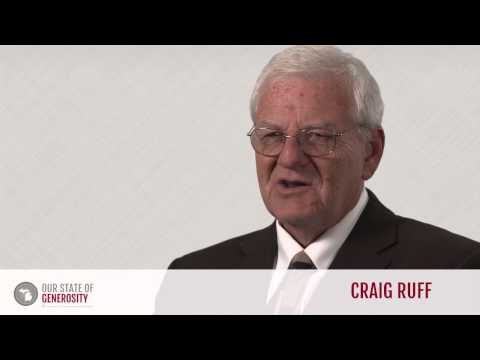 Mr. Craig Ruff talks about the importance of networking and building relationships to accomplishing goals and making change. 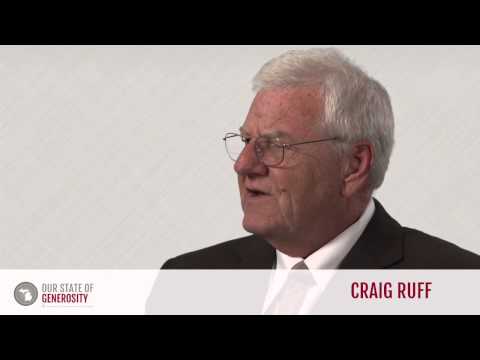 Mr. Craig Ruff talks about how effective leadership means not aiming for just one big goal, but many many little ones.

Craig Ruff graduated from the University of Michigan with a Bachelor of Arts in political science in 1971 and a master’s degree in public policy studies in 1973.

Craig Ruff cites his experience working for Gov. William G. Milliken as fundamental to his understanding and introduction to philanthropy.

“He was the one who taught me the life lesson that: giving is a heck of a lot better than taking; being generous with your time [and] money; helping people who aren’t as advantaged as you; exciting people to think outside the box and to grab opportunities that might otherwise be closed off to them,” said Mr. Ruff. “Bill Milliken was the person who taught me philanthropy.”

Ruff served as president of the Lansing-based policy research firm Public Sector Consultants (PSC) from 1986-2006. Through Ruff’s leadership, PSC became a key element in the effectiveness of Michigan’s successful public-private partnerships. PSC provided unbiased data and information to various foundations, the Michigan Nonprofit Association, and the Council of Michigan Foundations to educate legislators on the impact of the Michigan nonprofit sector within their own communities. By understanding the nonprofit sector’s influence on job creation and service provision, legislators developed a true sense of the importance of the third sector. The information provided by Ruff and PSC was a critical base in forming public-private partnerships for the greater good.

In addition to his work at PSC, Ruff lent his wisdom and talent by serving on over 75 nonprofit boards, with a particular interest in supporting the arts and health care organizations. As board chair for the Concerned Citizens for the Arts in Michigan, Ruff was instrumental in helping to create a merger between four statewide arts organizations. Through this merger, the new organization — ArtServe Michigan, (renamed Creative Many, which closed in 2019) — was able to better utilize resources to pursue the same mission of advancing the arts. Ruff cites ArtServe Michigan as an example of an important lesson – nonprofits shouldn’t fear merging, but embrace the ability to better serve their mission and clients by combining resources.

Craig Ruff was interviewed regarding his insights and experiences working with Michigan’s philanthropic community and the Our State of Generosity (OSoG) partners. The following quotes specifically relate to the five organizing themes of the OSoG project.

“The reason Michigan is respected, not just in the United States but throughout the world, for its philanthropy is because of its leadership. Scale is one thing… but scale alone is not enough to change society. You need leaders who can get to other leaders. You need leaders who are world-class listeners and not just pontificators. You need a leadership quality, which I’ll call consensus building – somebody who is willing to accept 10 percent of their idea as part of the total solution and not reject a solution that isn’t completely compatible with where they’re going… It is just all those qualities – empathy, sometimes willing to be a world-class follower in addition to being a leader.”

“I would say that in addition to knowledge, money and power, there is another thing I’d add to the mix and that is just world-class and great instincts. Sometimes people just don’t trust their instincts, when in fact their instincts may be far more valuable than the U-Haul of reports that I’ve got backing me up. The best is a situation in which you have a rich life experience and you have great instincts and you trust them.”

“Government is an unwieldy beast, even state government. Here are the steps. One, what is the problem that you want solved? Two, what portion of that problem can be best solved by state government? Three, get your facts in order. Don’t come in there with no answers to four key questions. Four, meet with other groups who also want to attack that problem and see if you can form a coalition. Five, retail your idea directly to the governor, the governor’s key staff people, perhaps an agency head, key legislators House and Senate. Who are the chairs of the committees who are going to have to maneuver this bill through the legislative process? And then never be bashful. Never let a meeting end without that comment, ‘May I count on your support?’”

“Engaging government, like talking to a reporter, it’s terrifying for a lot of people…So I think about what you have to do is have a mentor who gives you comfort.”

“One of the hardest things to get through any government is change in tax policy. It was a very uphill fight for the community foundations when they sought to get a credit in our Michigan Income Tax Law for gifts to their endowments. It was tough sledding not only because state government was in essence cutting back its revenue – which in some years is okay, but in a lot of years is not okay – but also because there were all these other competing organizations and wonderful causes who said, ‘Hey, if a gift to a community foundation gets a tax credit, how come a gift to me shouldn’t qualify?’ If you get too many people in the mix, then legislators get scared off. First of all, they’re scared off by the sheer size of the cut in revenue. Then, they’re also saying why should I play Solomon and decide a community foundation is better than a public broadcasting station? So my hat is off to the leaders of the nonprofit sector in the state for winning a major battle. It is off the books now, but the precedent is there.”

“What every organization must do is to be very careful about appealing only to one political party or the other political party, to make an issue a partisan issue. There are Republican and Democratic ways of solving certain problems, but in the nonprofit sector and in the delivery of services to people, there are rarely Republican or Democratic answer to the problem. It is comfortable to go to power players in both political parties and make an appeal to them.”

“That is part of [politicians’] job description is to be open and to be good listeners. They don’t always make the choices I’d make, but I’ve never seen a politician be deaf.”

“What we have found in this complex society is that to be effective, you often need to join with another sector.”

“In order to be effective in meeting your mission in life (be it making money, be it winning public office or being smart in philanthropic gifts), you have got to bring in armies of people into your fold. You’ve got to win friends and influence people all the time. Keep your eyes on that prize.”

“. . . Love culture in all its different forms, not just the fine arts and not just arts in general, but just culture – the way people behave, the things they create. . . The other thing is to always be attentive to your friends’ needs. As your friends expand, their needs are going to expand and there’s going to be demands on you. Don’t ever view that as a burden. View that as a great opportunity to help a friend in need.”

“This creation [the Council of Michigan Foundations], of course, was not an accident. Michigan was the place in the country for the location of major foundations. That they would come together and create kind of an overarching umbrella organization, allowed for them to leverage what their gifts were against others and kind of build a bigger pile. It also was a great parking place (the Council was) for the shopping of public policy ideas.”