Diana Sieger, president and CEO of the Grand Rapids Community Foundation, served as a board member and chair of the Council of Michigan Foundations, and was actively engaged as a statewide leader in many of the major community foundation projects. Sieger’s vision for using data to support grantmaking led to the creation of the Community Research Institute as a major component of the Johnson Center for Philanthropy at Grand Valley State University. Sieger was one of the leading architects and activists of the development of philanthropy in Michigan. 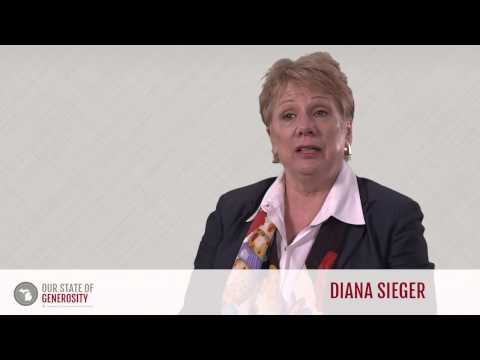 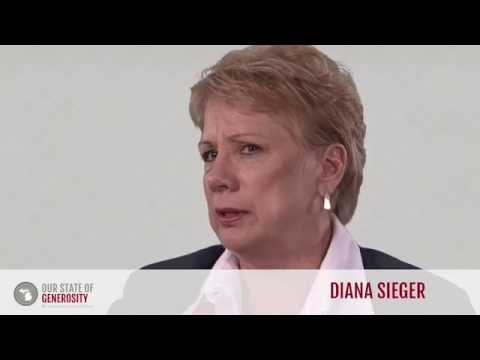 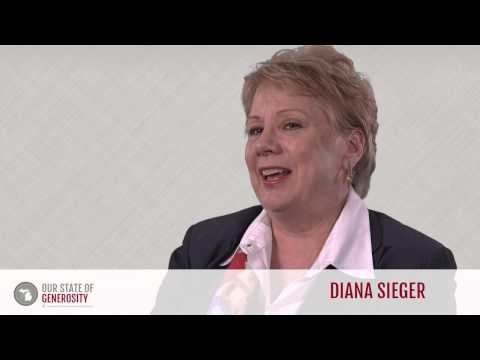 Ms. Diana Sieger talks about the importance of driving philanthropic proposals and initiatives with good data. 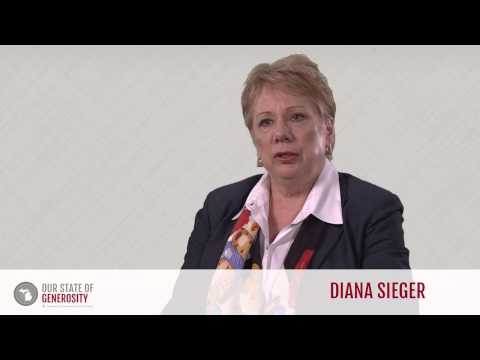 Ms. Diana Sieger talks about the relationship between Michigan's many community foundations. 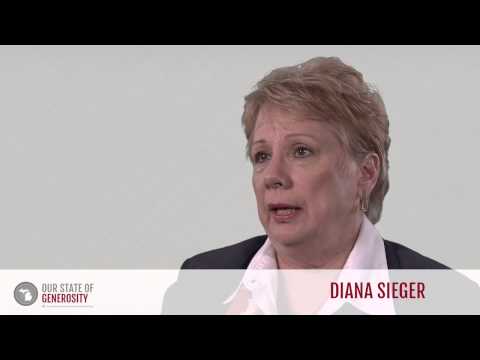 Ms. Diana Sieger talks about the development and successes of the Council of Michigan Foundations (CMF). 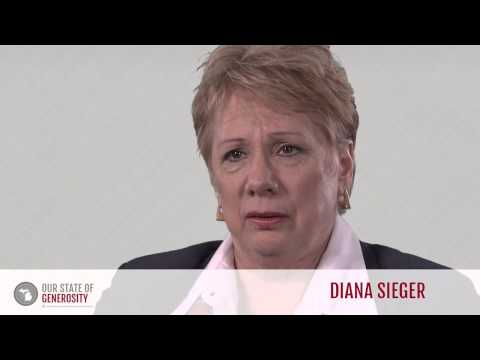 Ms. Diana Sieger talks about the importance of collaboration in philanthropic work. 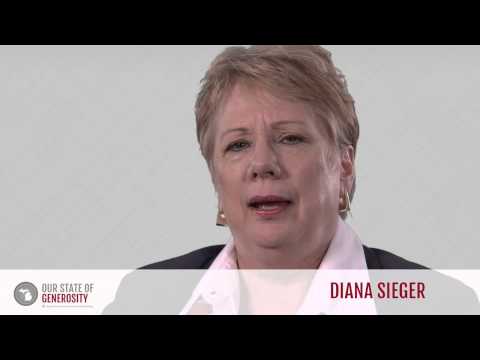 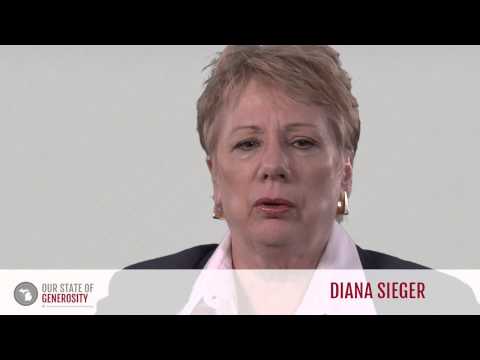 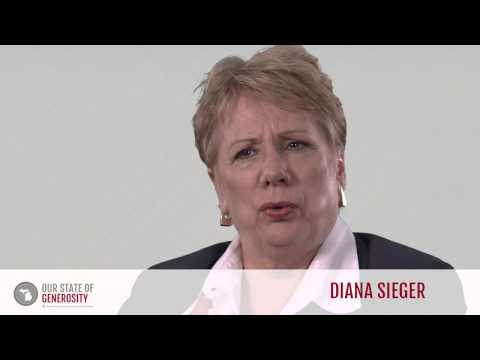 Ms. Diana Sieger talks about the importance of public policy in the philanthropic sector. 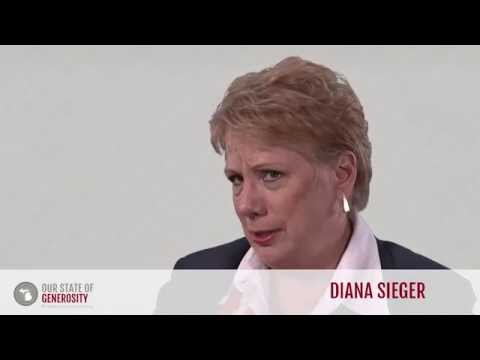 Ms. Diana Sieger talks about how the nonprofit sector ought not be underestimated in size or force. 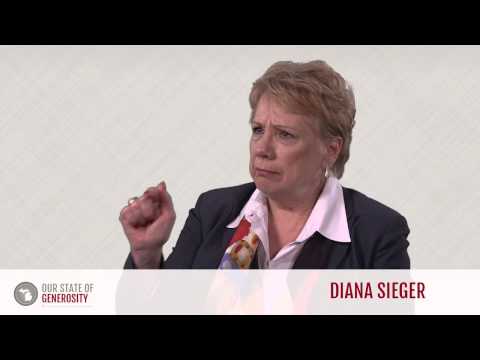 Ms. Diana Sieger talks about how the success of Michigan's philanthropic leaders stems from their ability to be both fearless and patient. 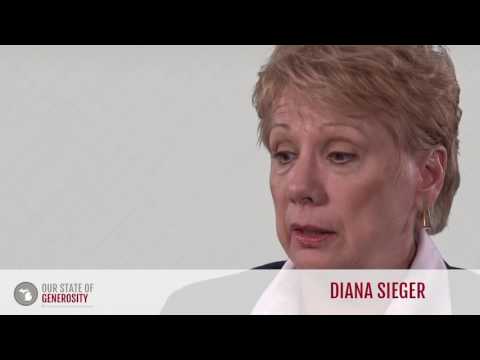 Ms. Diana Sieger talks about her career in philanthropy. 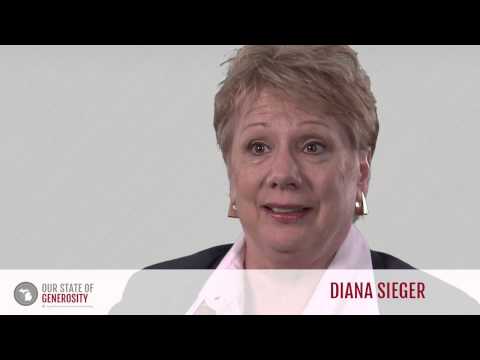 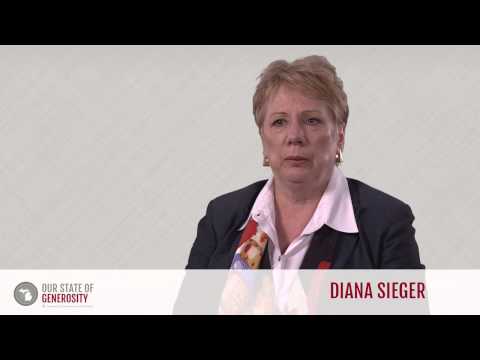 Ms. Diana Sieger talks about how the passion and big vision of leaders at the Kellogg Foundation led to real philanthropic success. 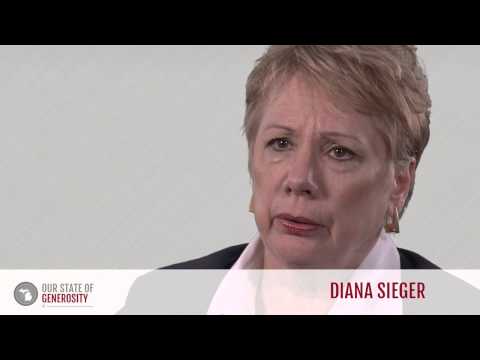 Ms. Diana Sieger talks about the development of national standards for community foundations. 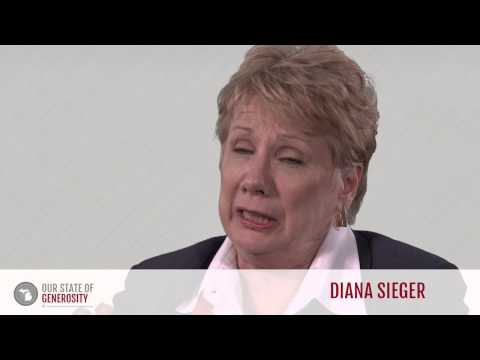 Ms. Diana Sieger talks about importance of being a life-long learner. 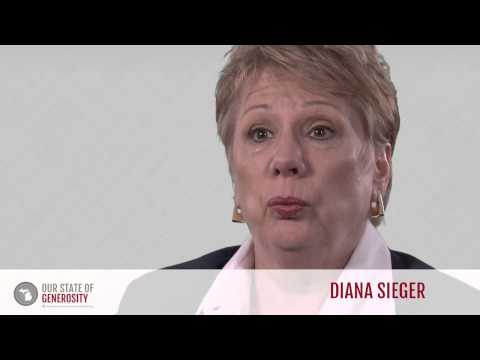 Ms. Diana Sieger talks about how crucial the Branding Project was to strengthening the network of community foundations.

Diana Sieger earned a Bachelor of Arts in sociology from Western Michigan University (WMU) in 1973, and a Master of Social Work with a concentration in policy, planning, and administration from WMU in 1978.

Diana Sieger was deeply influenced by the social change occurring in her developing years. She grew up in the 1960s amidst the emergence of the Vietnam War, the civil rights movement, and the women’s rights movement. Her parents, who were early role models, allowed her to form her own opinions, and were advocates of open discussion.

When Sieger applied to college, she began many of her essays with, “I want to change the world.” At Western Michigan University, Sieger studied to be a teacher, but quickly became fascinated with sociology courses, which discussed the major issues of the era, such as the civil rights movement.

From 1977 to 1978, Sieger worked as a student assistant at the Michigan Department of Labor and the governor’s office in Lansing, Mich., and had an opportunity to work with experts in social work and policy. After completing an internship, Sieger received a M.S.W. in 1978 and was immediately hired as associate executive by the United Way of Kent County. Sieger became the head of the planning division and gained experience in executing social planning. Most importantly, she noted, “I … had learned what it was to be the head of something, working with other community leaders and learning about the interesting world of foundations.”

“I have never taken my role for granted. I say that to my leadership all the time; that I am there as their leader but also as the person who is their support, who listens, and wants to listen.”

Since becoming president of the Grand Rapids Community Foundation, Sieger has implemented a number of key strategy plans, leading to six major community change efforts and an increase in the foundation’s total assets from $35 million in 1987 to $260 million in 2012, and $348 million in 2019. Beyond many contributions to GRCF, Sieger has been a key leader in the philanthropic area of community foundations on a state and national level.

“I would say that listening to members is really critical, and to understand what they need and what they want and really what those members can bring to the table as well. It is a two-way street. I would say that the Grand Rapids Community Foundation could not have had the success that it has enjoyed and is continuing to enjoy had it not been for the strong moral support, intellectual support of the Council of Michigan Foundations.”

From the late 1980s through the early 1990s, CMF worked closely with the W.K. Kellogg Foundation to strengthen community foundations in Michigan through the growth of youth involvement in philanthropy. Sieger was one of the early adopters of the Kellogg Youth Challenge to build the endowment for both GRCF and for the Grand Rapids Youth Grantmakers Committee. When the Michigan Community Foundations’ Youth Project (MCFYP) was created in 1991 as a supporting organization of CMF, Sieger became a member of the youth project advisory committee and later joined the inaugural board of trustees for MCFYP in 1994.

During the mid-1990s, community foundation leaders in Michigan, including Sieger, realized the need for a common identity. Competition with national charitable giving services such as those offered by Fidelity Investments, and the passage of the Michigan Community Foundation Tax Credit, necessitated a strong marketing strategy that used a common brand. So began the Branding Project, which sought to establish such marketing services throughout the state with the help of the Williams Group, a marketing consulting firm based in Grand Rapids, Mich.

One of the major changes stemming from the Branding Project was to include the words “community foundation” in the names of all community foundations around the state, so that potential donors could easily identify them as venues for charitable giving. In 2000, for example, Sieger supported and oversaw the rebranding of the Grand Rapids Foundation as the Grand Rapids Community Foundation. The common tagline developed by the Branding Project (“For Good. For Ever.”), was also adopted by various community foundations around the state, and was eventually used nationally and internationally. In 2000, under the auspices of the Michigan Community Foundations’ Ventures (MCFV), the project was renamed the Venture Products Fund. Sieger serves on the board of directors for MCFV.

“The role of the Council of Michigan Foundations has become very critical in the area of public policy as well as, not only in Michigan, but certainly at the national level as well. Never give up. Show up, be smart and don’t be afraid to dive into issues; and that is why CMF has really worked.”

Sieger’s leadership in numerous state and national initiatives, alongside the strong leadership of other visionaries from around the country, has helped to advance the philanthropic area of community foundations and foundations as a whole. In 2006, CMF asked her to chair the board of directors and she held the position until 2008. “I am all about really trying to shoulder in and make sure that CMF continues to be the spectacular regional association that it is — not just as a regional association, but a leader in the country and globally,” she said about her position. Sieger served as a member of the board of directors and on the executive committee.

More broadly, Sieger played a significant role in building a strong vision for using data to support grantmaking. Early in her career, Sieger recalls compiling an environmental scanning report. When she began researching for the report, what surprised her most was the apparent lack of any centralized resource that provided data about local economic and social conditions. She turned to a private college, Calvin College, located in Grand Rapids, Mich., and poured through reference books such as the Michigan Statistical Abstract and Census data. “I thought to myself, this is crazy … why can’t we have data in one place and social conditions so that we can grab ahold of that?” It was around that time that Sieger turned to the executive director of the Dorothy A. Johnson Center for Philanthropy, Donna Van Iwaardan, and to another leader at the center, Margaret Sellers Walker, for their support. Their discussions led to the creation of the Community Research Institute (now the Community and Data Research Lab) at the Johnson Center.

Outside of commitments at GRCF, CMF, and COF, Sieger served on executive committees for the Kent County Family and Children’s Coordinating Council and for Butterworth Hospital (now Spectrum Health Medical Center- Butterworth Hospital). In addition, Sieger was involved with the Rotary Club of Grand Rapids, Grand Rapids Area Chamber of Commerce, Economic Club of Grand Rapids, Western Michigan University Foundation board of directors, and the Grand Valley University Foundation board of directors. Sieger also guest lecturers at various universities and institutes.

In recognition of her many contributions to the community, Grand Rapids Business Journal has named Diana Sieger one of 50 most influential women in West Michigan seven times, and in 2016, Crain’s Detroit Business selected Sieger as one of 100 most influential women. In addition, Sieger has been named in “Who’s Who in America” by Marquis Publishing from 2004 to the present. Sieger holds two honorary degrees, Doctor of Humane Letters, from Aquinas College and Grand Valley State University.

In 2000, Sieger was selected as one of ten fellows (five from America and five from Europe) for the Transatlantic Community Foundation Exchange Program. The program was sponsored through a partnership between the King Bedouin Foundation in Belgium, the Charles Stewart Mott Foundation, and the German Marshall Fund. As a fellow, Sieger had the opportunity to travel to Italy to learn about and discuss community foundations with an international community of her peers.

Diana Sieger was interviewed regarding her insights and experiences in working with Michigan’s philanthropic community and the Our State of Generosity (OSoG) partners. The following quotes specifically relate to the five organizing themes of the OSoG project.

“Longevity plays a key role; maybe not 25 years ago because we were all still figuring it out, but now it really does … and a deep respect that while we can still argue the great debate, we certainly walk out of the meeting rooms arm in arm, saying, ‘But we’ve got to do this for a good reason.’ I think it is because we understood that we had greater power together and power in a positive way that gave rise to the strength of Michigan philanthropy.”