Duane Tarnacki worked with and volunteered for the Council of Michigan Foundations over several decades. He is the author of "Establishing a Charitable Foundation in Michigan." Tarnacki served as legal counsel for the Council of Michigan Foundations’ board of trustees, and provided ongoing legal support for the development of community foundations as a consultant during the implementation of the Michigan Community Foundations' Youth Project. Tarnacki provided legal assistance to individual foundations in Michigan and to the infrastructure organizations supporting the work on a statewide basis. He has been deeply engaged in many of the projects described in Our State of Generosity. 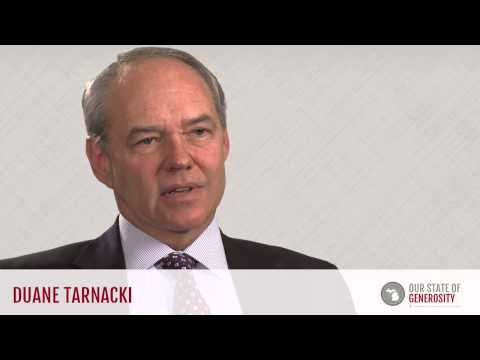 Mr. Duane Tarnacki talks about the success of CMF leaders in advocating for foundations in public policy. 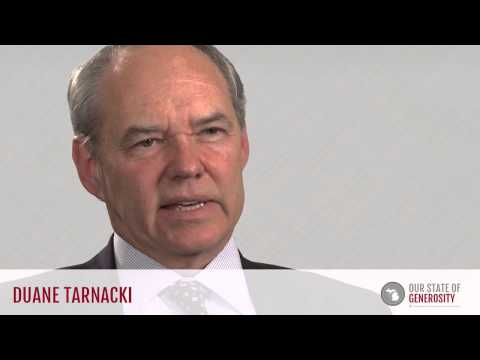 Mr. Duane Tarnacki talks about the success of Learning to Give. 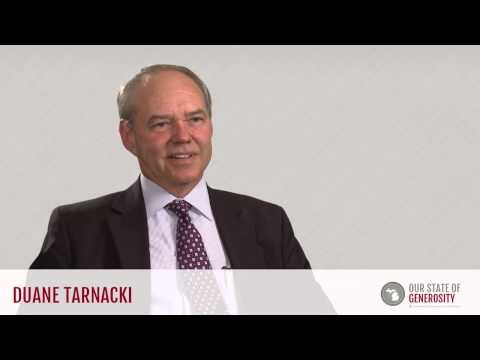 Mr. Duane Tarnacki talks about his career in philanthropy. 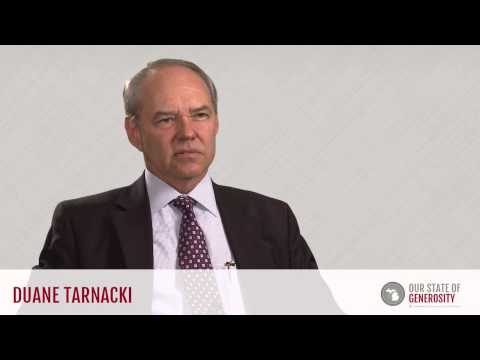 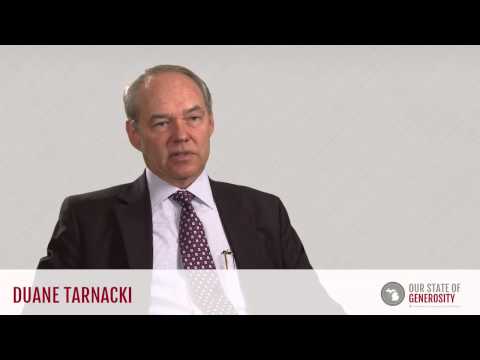 Mr. Duane Tarnacki talks about the Michigan Community Foundations Tax Credit and the legal definition of a community foundation. 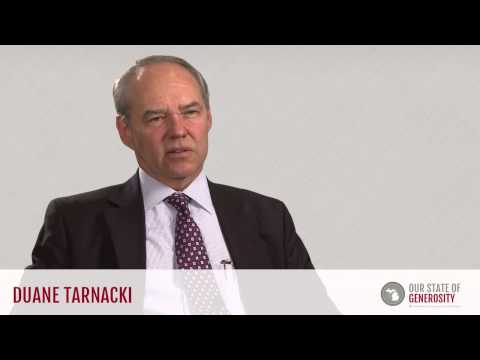 Mr. Duane Tarnacki talks about how the Michigan Community Foundations' Youth Project (MCFYP) worked to grow community foundations across the state of Michigan. 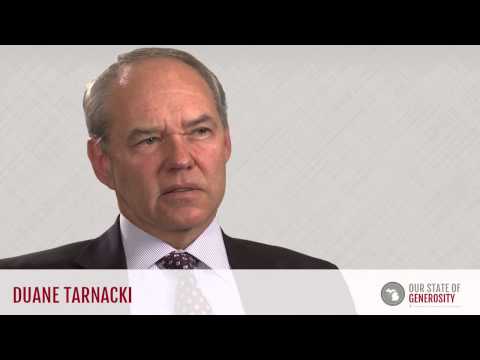 Mr. Duane Tarnacki talks about the volunteer leadership at the Council of Michigan Foundations (CMF). 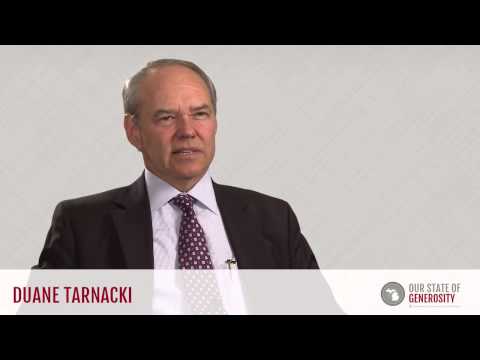 Mr. Duane Tarnacki talks about the process and inspiration for writing his book, "Establishing a Charitable Foundation in Michigan."

In 1980, upon graduation from the University of Notre Dame’s law school, Duane Tarnacki began working as an associate with the Clark, Klein, and Beaumont law firm in Detroit, Michigan, now Clark Hill. At the time, Tarnacki was involved in hospital reorganization and nonprofit hospital work, and recalls being approached early in his career by a colleague, Leonard Smith, who was representing the Council of Michigan Foundations (CMF). Smith explained to Tarnacki that CMF’s president wanted a book for guiding individuals on how to establish a foundation in the state of Michigan.

With hospital reorganization experience and from learning about the tax exempt organizations field, Tarnacki possessed an excellent foundation for writing, Establishing a Charitable Foundation in Michigan. This handbook which began as a small booklet in 1987, has since evolved to a fourth edition, and is currently being updated to a web-based product. Tarnacki explained that his involvement with CMF and both private and community foundation work began with this publication, because “having written the book…it makes you the expert.”

Over his career Tarnacki wrote several other books that serve as pertinent reference tools for Michigan philanthropists, as well as philanthropists nationwide, including Law and Responsibilities: A Primer for Trustees, Directors and Officers of Michigan Private Foundations, and The Responsibilities of Service: A Guide for Directors of Nonprofit Organizations in Michigan. In 1996, Tarnacki co-authored The Michigan Community Foundation Legal Reference with Malvin E. Bank. Tarnacki is respected as one of the legal experts in the nonprofit and charitable organization field. He received the Outstanding Nonprofit Attorney Award in 2003 from the business law section of the American Bar Association and was named Lawyer of the Year by Best Lawyer for nonprofit/charities law in Detroit in 2012. Tarnacki was also named in “Best Lawyers in America,” “Michigan Super Lawyers,” Who’s Who in America, and Who’s Who in American Law(1).

Since 1988, Tarnacki has served as the primary legal counsel for CMF, including representing the Michigan Community Foundations’ Youth Project (MCFYP) for its entire existence. Throughout his involvement with CMF, Tarnacki witnessed the components that make philanthropy in Michigan successful. He attributes much of the state’s success to dynamic leadership, volunteer leadership, and respect. Tarnacki explained that leaders such as Dorothy A. Johnson and Rob Collier have “been very successful in getting great volunteer leadership and good boards.” This involvement at the board level then raises the bar and encourages employees to work harder and be more cognizant of what is happening within the organizations.

For years Tarnacki has been dedicated to the nonprofit and charity sectors in Michigan, as demonstrated through extensive board and committee service for various foundations and organizations. He has been involved with the Michigan Manufacturers Association, served on a legal subcommittee for the national Council on Foundations, the Michigan State Bar Foundation, and was a founding director of the Michigan Supreme Court Historical Society, to name just a few of his roles.

Tarnacki was interviewed regarding his insights and experiences in working with Michigan’s philanthropic community and the Our State of Generosity (OSoG) partners. The following quotes specifically relate to the five organizing themes of the OSoG project.

“The thing that I learned about working with nonprofits is that people all across the spectrum in the nonprofit world want to cooperate and help one another. You just don’t see that in the business world because people are very confidential about what is going on at their companies and they are concerned that they might give a competitive advantage to somebody else if they shared some secrets or some better way of doing things. That is just not how the nonprofit world works, so that is very refreshing and appealing.”

“Kathy [Agard] told me when she talked about how she didn’t like to fly, she said, “You know, think about these planes and how big and how heavy they are and they are loaded with people and with luggage, and it just doesn’t make common sense that that thing is going to get off the ground. There is only one reason that planes do fly. It’s because everybody who is on the plane believes.” Well, we are that way in the community foundation world, too. Everybody believes and that’s the reason that community foundations have been such a great success.”