Guido and Elizabeth Binda established a private foundation with a primary focus on education reflecting their careers and interests. Elizabeth Binda engaged in strengthening and building the broader field of philanthropy in Michigan by serving on boards, working on committees, and as a valued counselor. She provided a private foundation point of view to discussions on public policy, program development, and lessons learned. While the Bindas have passed, the influence of their characters and the results of their efforts continue. 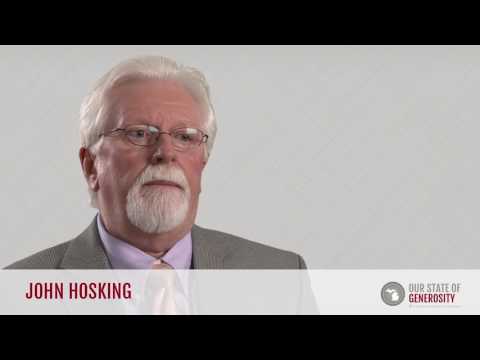 Guido Binda earned a bachelor’s degree in architecture from the University of Michigan in 1931.

Guido and Elizabeth Binda each grew up in large, close-knit families in Michigan’s Upper Peninsula. Elizabeth had lived a short time in California before her father passed away when she was 7 years old and her family returned to Calumet, Michigan. Both families were strongly focused on education, and instilled its importance in their children at a young age. Guido and Elizabeth were both first in their families to attend college.

From 1938 to 1946, Elizabeth Binda taught in a variety of schools in East Lansing and at Central Washington College. Thereafter, she worked as a consultant for Battle Creek Public Schools in elementary education.

After graduating in 1931, Guido Binda worked at an architecture firm in Battle Creek, Michigan, designing schools and hospitals. In 1941, he left to serve in Burma during World War II in the Army Corps of Engineers. Upon his return to Battle Creek in 1947, Binda started his own architecture firm. At schools that Binda designed, a scholarship was designated to help one student attend a university every year. This generosity reached over 20 high schools and stemmed from Binda’s personal assets — this doubled to $1,000 after his death. The Binda Foundation continued to provide these scholarships until the last school that Binda designed was no longer used by its district as a high school.

Binda’s firm had taken a job designing a school for Battle Creek Public Schools which was where he met Elizabeth. The two were married in 1949. Elizabeth retired from her consultation position in 1950. The Bindas were lovers of the arts, and the couple traveled the world together. Guido Binda passed away in 1998 at the age of 90, and Elizabeth Binda followed in 2009 at the age of 93.

In the mid-1970s, Guido and Elizabeth Binda looked into using their fortune to better their community and began exploring the nonprofit sector. In 1974, they became involved in the Battle Creek Community Foundation — Elizabeth Binda in particular. Then, in 1975, they started a charitable remainder trust. In 1977, they formed the Guido A. & Elizabeth H. Binda Foundation. From its inception, the Binda Foundation focused grantmaking on the areas of education, arts and culture programs, and environmental education. John Hosking, nephew of the Bindas and president of the foundation, is proud of how well the foundation continues to follow and support his aunt and uncle’s shared vision, and has worked to reaffirm its focus on education. During the 2013 fiscal year, the Binda Foundation awarded $948,506.93 in grants, 76.9% of which targeted education. The Bindas were also early supporters of the Medallion Scholarship at Western Michigan University.

Separate from the foundation, Elizabeth Binda was tremendously active in the Battle Creek community for many decades. She was a charter board member of the Battle Creek Community Foundation, founded in 1974, and served on its board for over 25 years. Her dedication to community has not gone unrecognized. In 2001, Binda was chosen as Scene Magazine’s Woman of the Year. In 2002, the Battle Creek Enquirer selected her as the recipient of the George Award, and Miller College presented her with an honorary doctorate in education and named its school of education in her honor.

Outside of Battle Creek, Elizabeth Binda was very involved with the Council of Michigan Foundations (CMF). Shortly after forming the foundation, they joined CMF and took an active role among the council’s private foundation membership. Elizabeth Binda held a position on CMF’s board of trustees and served on the Michigan Community Foundations’ Youth Project advisory board, the annual conference committee, and as a member of CMF’s advisory cabinet for many years.