James (Jim) Kettler was one of the volunteer founders of the Council of Michigan Foundations and served as a leader in both private family foundations and on the board of trustees of the Flint Community Foundation. In these various roles, he observed how CMF grew over time, and the role it has taken in increasing and improving philanthropy across the state of Michigan. 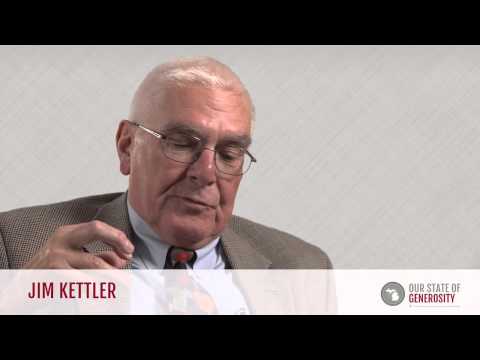 Mr. Jim Kettler talks about how the value in philanthropy starts with putting people first. 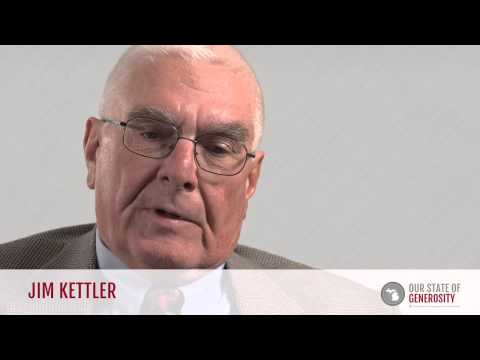 Mr. Jim Kettler talks about how the Council of Michigan Foundations (CMF) brought statewide foundations together to meet common goals. 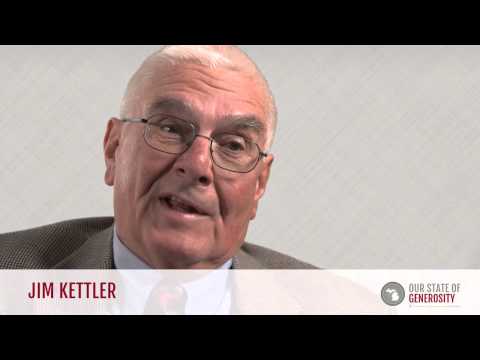 Mr. Jim Kettler talks about his career in philanthropy. 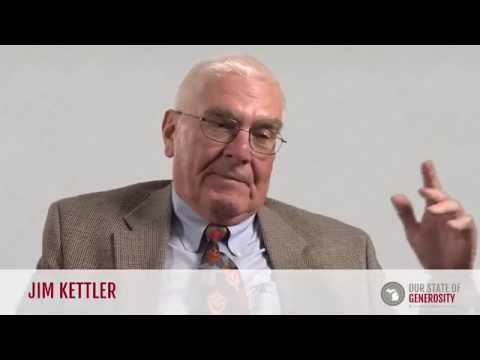 Mr. Jim Kettler talks about a luncheon he went to where he observed influential figures in philanthropy talk and find common goals. 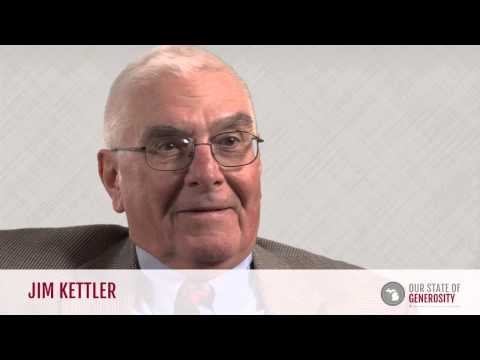 Mr. Jim Kettler talks about a phrase from Mr. DeWaters that influenced his understanding of philanthropy.

Jim Kettler graduated from Miami University in Ohio with a bachelor’s degree in business.

Kettler was a leader in the field of philanthropy thanks to his degree in business, and “being in the right place at the right time.” Kettler’s prior experience in business and managing tax-exempt organizations, combined with knowledge of the Flint community, drew the interest of the DeWaters Charitable Trust, which brought him on to manage their grants. During this time he also managed the Mallery Charitable Trust, also located in Flint.

“I read the old newspaper articles, and [Mr. DeWaters] said he considered philanthropy to be a “rare privilege.” Two words. In other words, he had no idea that he would have the wherewithal, and he knew that it was indeed rare, and indeed a privilege to be able to do that.”

Kettler then worked as the executive director of the Ruth Mott Foundation before accepting the position as vice president of the James A. Welch Foundation. The Ruth Mott Fund made national grants to support a wide range of projects focused on a variety of topics including the arts, beautification, health, the environment, and international security.

Following his time at these local funds, Kettler worked as a trust administrator, and later as vice president of Citizens Bank. He became a trustee for the James A. Welch Foundation, and served for an impressive 36 years, the last 24 as vice president.

Kettler credits this involvement in the Flint community as the motivation behind Leonard White’s (former vice president of the W.K. Kellogg Foundation) invitation to join the early organizing stages of the Council of Michigan Foundations (CMF). Kettler was surprised at the invitation, as he was new to the field at the time, but accepted and was involved with CMF for many years.

“I just can’t get away from the importance of the people, the quality of the people, and the importance of sitting at a table. Like today, I went to a table and I said, ‘I want to sit at a table where I don’t know anybody,’ and I did. It’s through that process, and meeting some really, really big individuals over these decades, which I think continues to be important … As we get more taken in to the technology the potential for that contact, I believe, may decrease.”

Kettler’s dedication to, and impact on, the field of philanthropy in the Flint community is indisputable. At the DeWaters Charitable Trust, Kettler was involved in three particular projects that have stuck with him. The first was a scholarship fund that he felt had great effect in the community. The second was a program that provided grants directly to teachers to fund classroom projects, which eventually expanded further into the school system. The last and largest was the creation of a $1 million gift to help encourage the University of Michigan to establish a Flint campus.

With support of the James A. Welch Foundation, the Flint Science Fair, has grown to become a regional event and provides the venue for competition and learning on an international level. The Flint Institute of Music has grown to be one of the largest programs of its kind in the U.S., in terms of participation.

While focused on the Flint community, the philanthropic field has benefited from Kettler’s efforts at the state level as well. Kettler was part of CMF’s founding in 1972, and involved in the infrastructure of the organization as it grew by serving on the advisory cabinet until 2002, the government relations committee from 1985 to 2001, and briefly on the member services committee throughout 1990 and 1991.

Kettler was interviewed regarding his insights and experiences in working with Michigan’s philanthropic community and the Our State of Generosity (OSoG) partners. The following quotes specifically relate to the five organizing themes of the OSoG project.

“Well, I’ve had the privilege of having some wonderful board members and it’s the people who count in the final analysis. Helen Milliken was on my board; Norman Cousins, head of Saturday Review, advisor to presidents, plus members of the Mott family. George Woodwell from Woods Hole, Massachusetts. And that, I mentioned briefly, was a period of great growth for me in large measure because of the board that I was able to work with when I was there.”