John Hosking grew into the world of philanthropy, as many private foundation members do, through the mentoring and modeling of family members. In this case, Elizabeth Binda, Hosking's aunt, provided that support and mentoring. By bringing life experiences to the position of president of the Binda Foundation, Hosking offers insight in successfully transitioning the values of foundation founders to the next generation of leaders. Hosking describes the engagement of the Bindas, especially Elizabeth, in the community culture and development of Michigan's nonprofit and philanthropic infrastructure organizations. 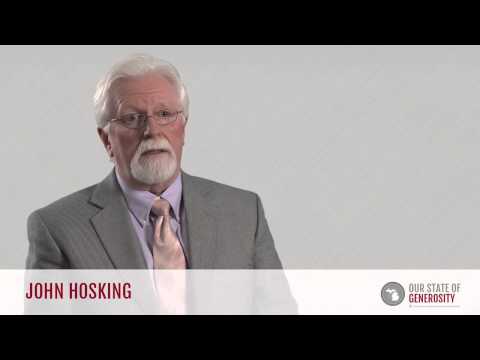 Mr. John Hosking talks about the role the Council of Michigan Foundations (CMF) has played in assisting private foundations. 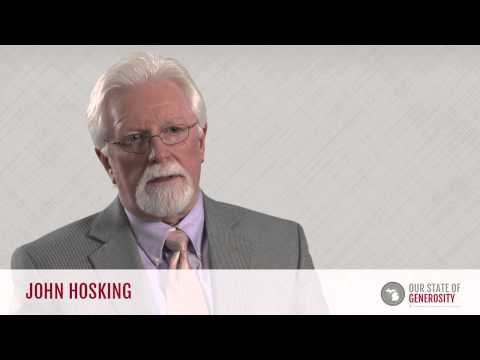 Mr. John Hosking talks about his career in philanthropy. 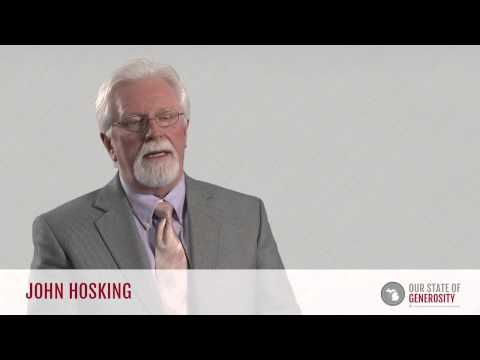 Mr. John Hosking talks about the importance of listening and passion in philanthropic leadership.

John Hosking attended Suomi College in Hancock, Michigan prior to attending Michigan Technological University in Houghton, Michigan. He eventually left the university to pursue other options, and served as a member of the United States Navy Construction Battalion (referred to as the “Seabees”) during the Vietnam War.

John Hosking is quick to point out that prior to joining the board of trustees for the Guido A. & Elizabeth H. Binda Foundation, he didn’t have much of a background in formal philanthropy, which is not uncommon in the field. Hosking joined the board of the Binda Foundation in 1999 and remains a trustee today. He was elected to the position of president in 2009 following his aunt Elizabeth Binda’s retirement. Hosking assumed the position of chair of the board after Binda passed away later that same year.

The Binda Foundation was established in 1977 by Guido and Elizabeth Binda. Guido Binda enjoyed a successful career as an architect specializing in designing schools, and created a college scholarship fund at each school. Elizabeth Binda was a former educator and a lover of the arts. These inclinations led to the creation of the foundation and its central focuses of education, arts and culture programs, and environmental education, with education being paramount. As president of the organization, Hosking is proud of its continued dedication to the values and visions of its founders even after their passing.

“One of the things that both Guido and Elizabeth felt was the secret to the foundation was continuity that the trustees had. It has always been a small board and the atmosphere amongst board members is just wonderful. Everyone feels free to express themselves, and being a small foundation, and with such a close-knit board, we do things much quicker than some larger foundations. Elizabeth always said that the secret to the foundation was the board, not any one individual, but the board.”

As president of the Binda Foundation, Hosking has worked to diversify the board to widen its perspective. Nancy Taber, executive director of the Binda Foundation, notes that Hosking follows the example of the Bindas through thoughtfulness, humility, an ability to view the big picture, thinking creatively, and an openness to new ideas in addressing an issue. Hosking also pushed to reaffirm the foundation’s focus on education by concentrating giving on early childhood development. The Binda Foundation has supported and worked with the Great Start Collaborative in Calhoun County, which offers a variety of services and support functions for families as a way to encourage early childhood education. This program offers access to a vast number of books aimed at young children, to community events, to family coaches, and facilitates connections with childhood resources in the community. Hosking is also a strong supporter of the Learning to Give initiative of the Council of Michigan Foundations, and serves on his church board.

Hosking was interviewed about insights and experiences in working with Michigan’s philanthropic community and the Our State of Generosity (OSoG) partners. The following quotes relate to the five organizing themes of the OSoG project.

“We feel it is important that people that have received grants from the Binda Foundation feel that they can come back to the foundation, but not as the sole grantor, if you will, for another project. We like to see them approach other foundations within the community and/or area, and that there be collaboration in the grantmaking process.”

“The most important thing is that you have to be willing to share your time and your services and be a good listener, an extremely good listener. And it is amazing that if a person is interested, that there are opportunities, both through the Council of Michigan Foundations and other foundations. That they first get involved in the community and get to know people, but it has to be in your heart. I think that you have to feel it, it has to be a passion, I think.”