John Hunting helped launch the Council of Michigan Foundations while representing his family foundation, and started a private foundation in New York City. As a long time donor and volunteer leader, Hunting offers a unique perspective on Michigan both as a part of the state’s community and as an engaged philanthropist in New York City. 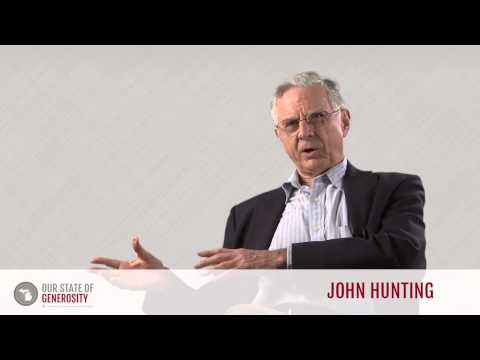 Mr. John Hunting talks about the importance of partisan dialogue among foundations. 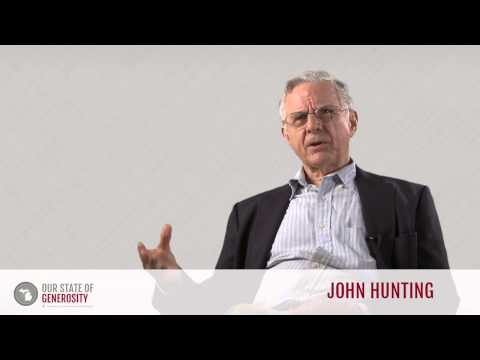 Mr. John Hunting talks about the importance of legal counsel in philanthropic advocacy. 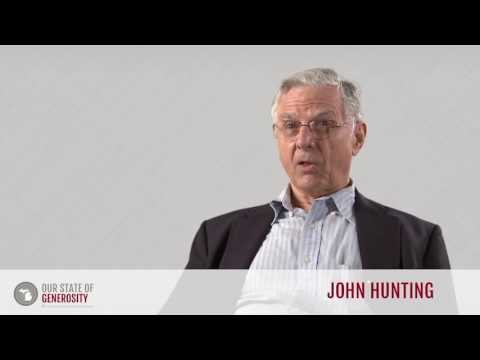 Mr. John Hunting talks about the original convenings that led to the development of the Council of Michigan Foundations (CMF). 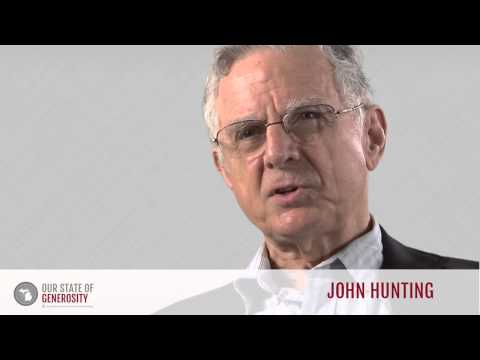 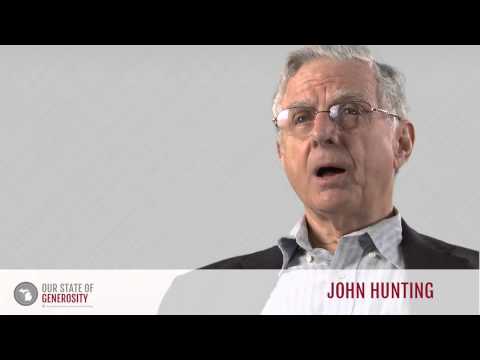 Mr. John Hunting talks about how fundamental the legislative agenda was to Council of Michigan Foundations' (CMF) success. 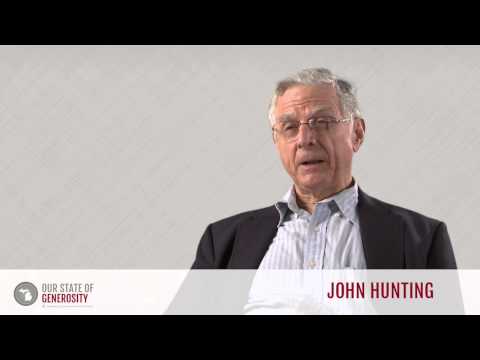 Mr. John Hunting talks about his career in philanthropy.

John Hunting earned a Bachelor of Arts in English from Denison University in Granville, Ohio, and then served two years in the U.S. Army. After returning, Hunting spent three years teaching English at Cranbrook private schools in Bloomfield Hills, Michigan, which he had attended sophomore through senior years of high school. After teaching, Hunting earned a master’s in education from the University of Michigan. Hunting then spent time in New York City studying psychodrama, a psychotherapeutic technique that uses theatre as a means for exploring issues related to psychological well-being and enhancing creative problem solving skills among participants.

John Hunting was born and raised in Grand Rapids, Michigan. A philosophy of giving took hold at a young age, when Hunting received income from the trust set up for him by his father through the Steelcase Corporation. Hunting donated a good deal of that money. His formula for giving was to contribute 50 percent of annual income to 501(c)(3) charities and non-profits, pay taxes, retain expected annual living costs, and then donate the rest to 501(c)(4)s and political causes.

After studying psychodrama in New York City, Hunting returned to Grand Rapids and acted with the Grand Rapids Civic Theatre before starting the Dyer-Ives Foundation in 1961. Hunting remained in the heart of Grand Rapids until starting the next project, the Beldon Fund, which took him back to New York for several years.

The Dyer-Ives Foundation was founded by John Hunting in 1960 to support the development and improvement of the center city region of Grand Rapids, Michigan. His father, David D. Hunting, one of the founders of the Steelcase Corporation, had set up a stock holding for each of his children. John Hunting used income from the stock to fund the Dyer-Ives Foundation (named for his grandmothers), and later the Beldon Fund. As a native of Grand Rapids, Hunting felt the desire to revitalize the downtown area, which was becoming increasingly vacant and appeared to be on the decline. Hunting believed a strong downtown community promotes both business and culture, and is key in developing a connected community. The Dyer-Ives Foundation was located in the center of downtown and made grants to support social, educational, environmental, and cultural development within Grand Rapids. Projects funded over the years include a variety of neighborhood association programs, development of community parks, affordable housing initiatives, local health and social services, and environmental preservation until it closed its doors in 2016 (GVSU, 2016).

Hunting launched the Beldon Fund (operating out of New York) in 1982 in response to federal government inaction regarding environmental protection. Hunting is passionate about environmental issues and influencing public policies on the topic. The Beldon Fund began to distribute between $300,000 and $400,000 annually through grants to grassroots organizations. When Steelcase went public in 1998, Hunting sold his stock. The Beldon Fund was then restructured with a newly recruited board of directors and an executive director to handle a gift of $100 million of Hunting’s stock profits to be spent out within 10 years. By the end of 2009, the Beldon Fund had distributed $120 million to support public works and policies designed to protect the environment.

Hunting favors a spend-out structure because it parallels the sense of urgency associated with the social problems that he aims to combat through philanthropic efforts and it forces the foundation to be as maximally effective in the present as possible, without the pressures that come with sustaining an organization over the decades. This strategy allowed him to see the effects of his philanthropic efforts during his lifetime.

Hunting was interviewed regarding his insights and experiences in working with Michigan’s philanthropic community and the Our State of Generosity (OSoG) partners. The following quotes relate to the five organizing themes of the OSoG project.

“I believe in trying to create change, and so we push up to the line as far as we can without crossing the law. Therefore, I think it is important for every foundation to have a good lawyer, number one, and number two, have a good lawyer who knows electoral law and any law that is relevant for foundations. The great problem, as I see it, is too many smaller foundations, they have the old family retainer, a guy who knows nothing about this area and so he always says no, it is usually a he, always says no, because if he doesn’t, it means he has to go to work, he has to learn this kind of law, so they tend to say no. So I would urge all foundations to try to get a lawyer on board that is familiar with electoral and related law.”

“So the Senate passed some laws and one of those laws was, as I understand it, that foundations could not have a certain percentage of their holdings in one stock. Well, this got the Kellogg Foundation’s attention because the Kellogg Foundation was all Kellogg stock. My understanding is that they decided ‘we had better get some allies here and get organized.’”

“I think the legislative agenda is the issue that forced it [the Council of Michigan Foundations] to move ahead, it was the major force for pulling together the foundations.”

“But the reasons why the foundation should spend out are many, at least for me. The philosophy is: spend today’s money for solving today’s problems.”

“For myself personally, number three is I wanted to see the money spent in my lifetime. I didn’t want to let it be spent in the future. Related to that is the concept of mission drift, if you die and other people take over your foundation, suddenly where there is money, there is interest, and they start taking it away for projects that the founder may not be interested in.”

“Finally if you are an environmental foundation, I think it is a crime against humanity not to spend out because environmentalists know global warming is here.”