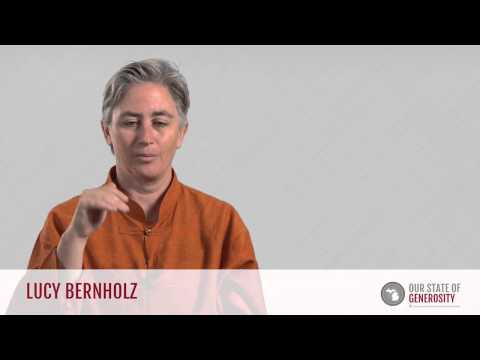 Dr. Lucy Bernholz tells a story about a Muskegon community who came together to build a luge track for an aspiring Olympiad. 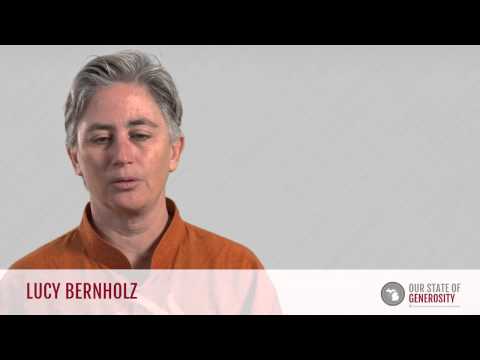 Dr. Lucy Bernholz talks about her career in philanthropy. 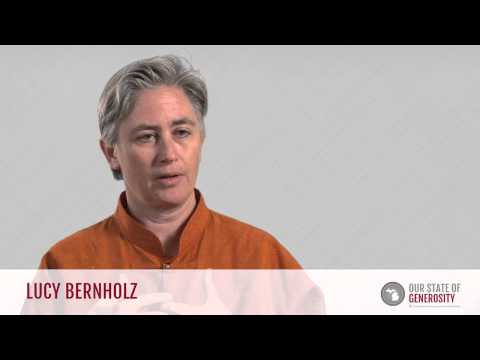 Dr. Lucy Bernholz discusses how the Michigan philanthropic community has a unique emphasis on public policy and collaborative networking. 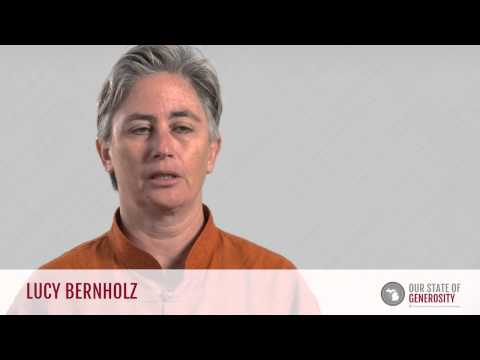 Dr. Lucy Bernholz discusses how the commitment by local funders and leaders to the state of Michigan itself fostered philanthropic growth. 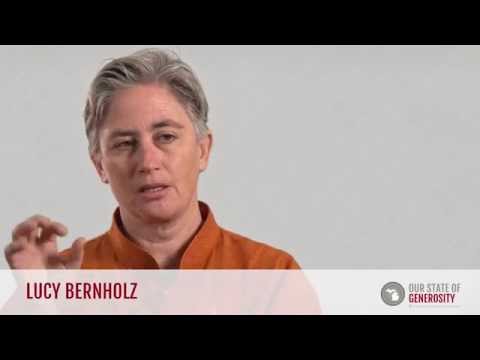 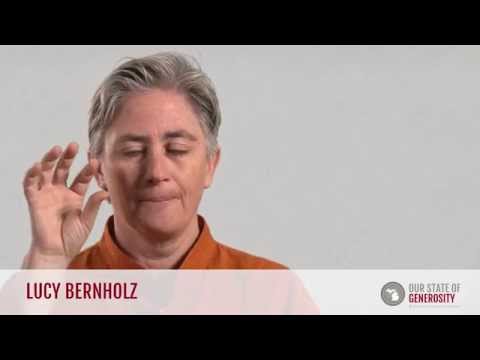 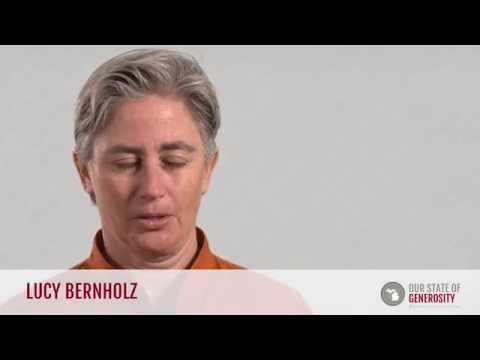 Dr. Lucy Bernholz talks about how Michigan's philanthropic story has impacted her as a scholar outside the state.

Lucy Bernholz received a Bachelor of Arts in history from Yale University in 1985, and attended Stanford University for a master’s and a doctoral degree, specializing in the history of education.

For Bernholz, this early schooling experience happened at Friends Academy, a private Quaker institution in New York, where she learned that giving back to your community was “just a part of what you did.” This value became so deeply engrained that it became the subject of her academic inquiry in graduate school and beyond.

As a doctoral student at Stanford University, Bernholz took a historical approach to studying institutional foundations and explored “how we create, fund, and distribute shared social goods in the digital age.” With an award-winning blog, philanthropy2173.com, The Huffington Post nominated her as one of 100 game changers in the field of philanthropy for “accessible round-up and analysis of emerging trends.”

While not directly involved with the development of Michigan’s philanthropic infrastructure, Bernholz’s research has provided insight for statewide leaders involved in both private and community philanthropy.

“When we started looking at community foundations, everybody pointed to Michigan; so we came to Michigan and I have been here ever since, it feels like.”

The impetus for the 2005 report “On the Brink of New Promise” came when representatives from the Ford Foundation and C.S. Mott Foundation asked Bernholz’s company, Blueprint Research & Design, Inc., to collect and synthesize findings on how the United States’ changing socioeconomic climate would affect the future of community foundations.

Bernholz’s annual industry forecasts through 2017, Philanthropy and the Social Economy: Blueprint, are available to Council of Michigan Foundations’ members through the online resource Grantcraft.org. These reports highlighted innovative ideas in philanthropic thinking, predictions for the future, and suggestions for how nonprofit leaders can cope with changes in the social economy.

“I don’t live in Michigan. I do get the chance to come here very often. I made an over-the-cuff comment leaving the last meeting – but there is more truth to it than I realized – which is that an awful lot that I’ve learned about philanthropy, I’ve learned from Michigan. There is a very legitimate, important story here.”

As both a scholar and a practitioner, Bernholz developed a balanced perspective on the future of the national and global philanthropic community. Her insights as an outside expert have helped Michigan’s nonprofit leaders better understand how they fit into this larger picture and how they can successfully adapt to shifting dynamics within the field.

Bernholz was interviewed regarding her insights and experiences working with Michigan’s philanthropic community and the Our State of Generosity (OSoG) partners. The following quotes relate to the five organizing themes of the OSoG project:

“There is something about the leadership of the big foundations in Michigan. . . From the outside looking in, there is an ethos, there is a place-based awareness, and there is a pride and commitment — and certainly dollars that follow it — that really shapes the view of the foundations from those of us outside the state.

“I have also learned a great deal, particularly earlier on when I was in the state working with community foundations, with folks from the U.P. There is a kind of leadership that I think translates into day-to-day — the ways you interact with other leaders, others who you are trying to help, others from other industries — that is shaped by the expectation that you are going to see these people tomorrow. That you are here for the long term, that everybody deserves respect.”

“I think Michigan has a well-deserved and accurate reputation as being an association and a community of funders that pays a lot of attention to local and state policy, much more so than I am aware of in any other of the other regional associations.”

“My experience as an outsider is: if there is some idea or trend about community foundations working together, the place to look to see if it is real has been Michigan.”