Paula Kaiser VanDam led several of Michigan's key philanthropic projects and served as the executive director of the Michigan Community Service Commission. She led Michigan's implementation of AmeriCorps, the novel MichiganCARES program that promotes volunteerism, Michigan's Promise, and Mentor Michigan. VanDam has worked closely as part of Michigan's philanthropic community for over 25 years. 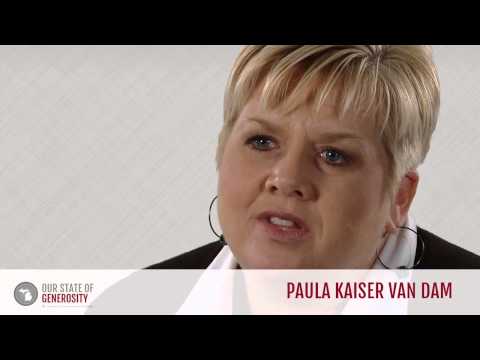 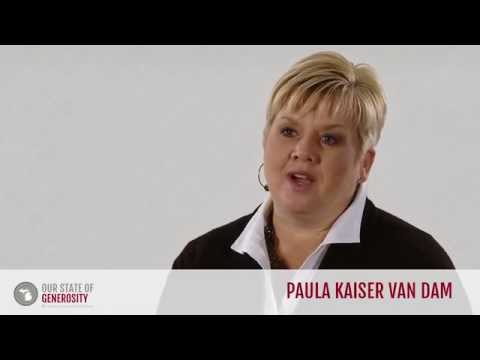 Ms. Paula Kaiser VanDam talks about the history of the Michigan Community Service Commission (MCSC) and its leadership. 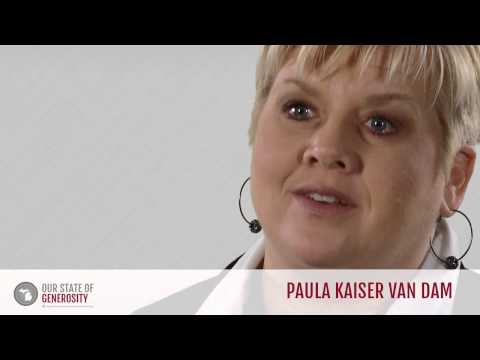 Ms. Paula Kaiser VanDam talks about how Michigan philanthropic leadership grew from its culture of giving. 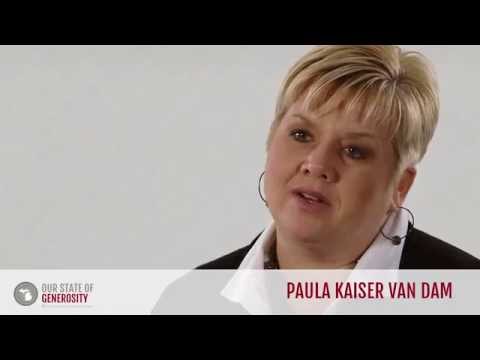 Ms. Paula Kaiser VanDam talks about the importance of mentoring the next generation of philanthropic leaders. 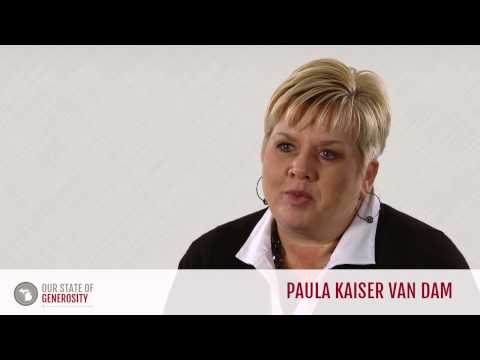 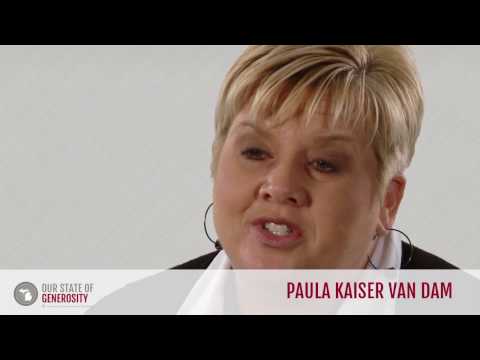 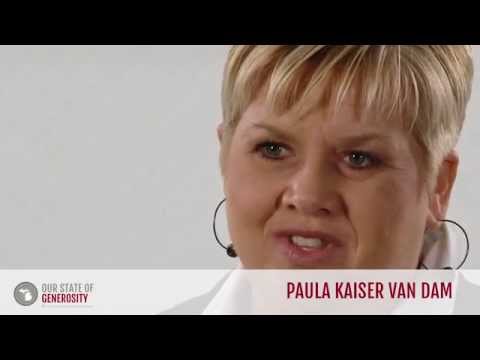 Ms. Paula Kaiser VanDam talks about how MCSC supported both Michigan CARES and the Volunteer Centers for Michigan. 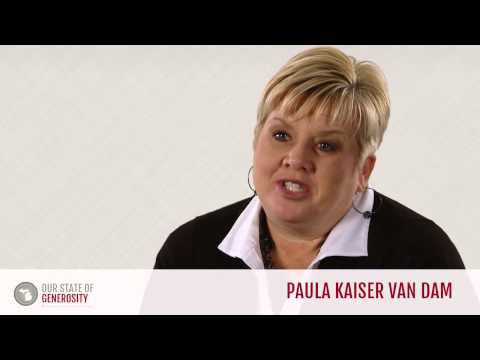 Ms. Paula Kaiser VanDam talks about the intentionality behind the strong relationships in Michigan's infrastructure organizations. 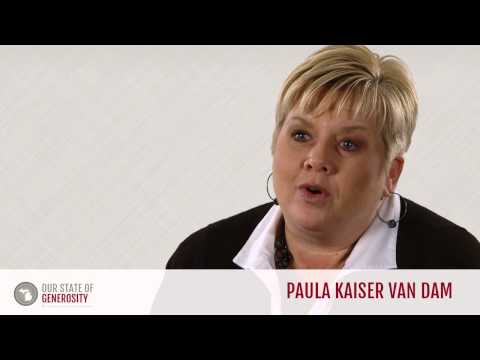 Ms. Paula Kaiser VanDam talks about how important fearlessness was in the creation of the ConnectMichigan Alliance. 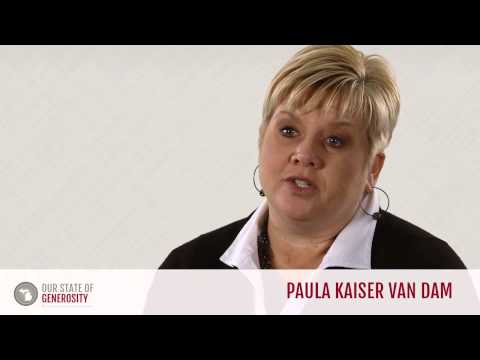 Ms. Paula Kaiser VanDam talks about the success of programs like AmeriCorps and VISTA. 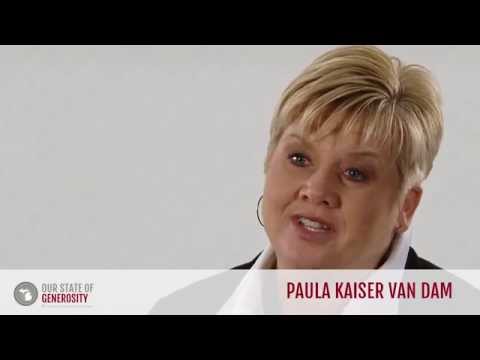 Ms. Paula Kaiser VanDam talks about the Englers' involvement in the creation of the Michigan Community Service Commission (MCSC). 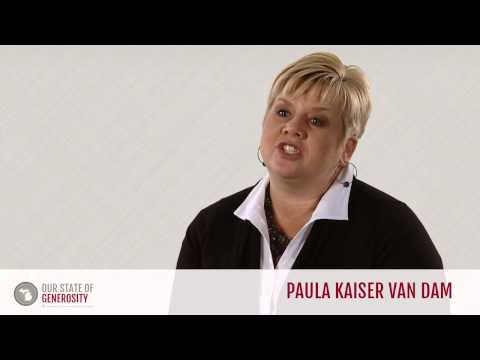 Ms. Paula Kaiser VanDam talks about how Michigan became a national leader in service and volunteerism. 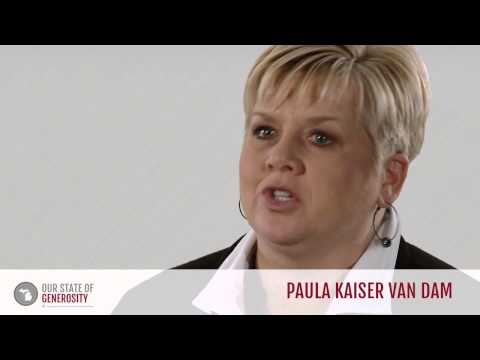 Ms. Paula Kaiser VanDam talks about some of the various initiatives the Michigan Community Service Commission (MCSC) has supported. 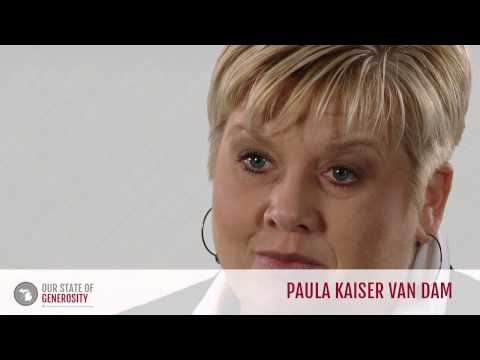 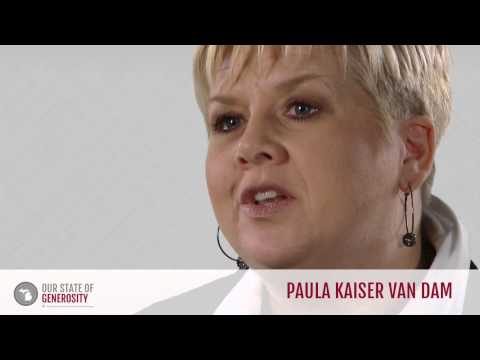 Ms. Paula Kaiser VanDam talks about her career in philanthropy. 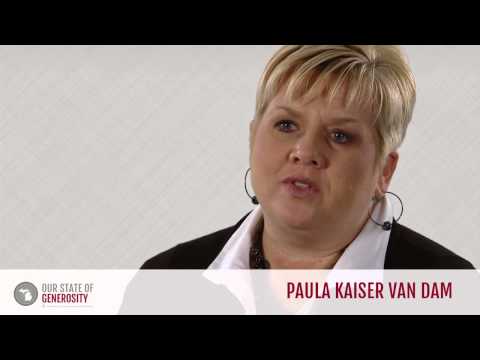 Ms. Paula Kaiser VanDam talks about the importance of using power to advance the cause, rather than the self.

Paula Kaiser VanDam earned a bachelor’s degree in economics in 1988 from DePauw University in Greencastle, IN.

Paula Kaiser VanDam learned to give back to her community at a young age. Growing up in Indiana, she often witnessed her parents taking on active roles on school committees and in church groups. “They created the expectation that when you’ve been given a lot, you’re expected to give back.”

Inspired by her parents, VanDam led her first community project in fifth grade, working with a group of students from her catholic school to recycle newspapers and raise money for the local Humane Society. This early experience established her involvement in community through service projects. In high school, VanDam was president of the student council, which gave her an appreciation for leadership and inspired her to continue making a difference in the community.

Volunteerism and leadership would remain an important part of VanDam’s life. After high school, she attended DePauw University, a small university in Indiana that had a strong focus on service learning. Following graduation, VanDam worked for the governor’s volunteer office in the state of Indiana under Gov. Evan Bayh. While there, she worked closely with those at the Michigan Community Service Commission (MCSC), who later recruited her to Michigan.

Before coming to Michigan in the mid-‘90s, VanDam was instrumental in developing the philanthropic infrastructure in Indiana. She worked at the governor’s volunteer office in Indiana when President Clinton signed the National and Community Service Trust Act of 1993, which created AmeriCorps and expanded opportunities for Americans to serve their communities. As a result, every state had to create a commission to administer AmeriCorps funds. Because Indiana did not have a service commission at the time, it looked to its neighboring state of Michigan, which had established one in 1991.

Together, VanDam, and others from the governor’s volunteer office, created the Indiana Commission on Community Service — now known as the Serve Indiana Commission —modeled on Michigan’s existing commission. VanDam recalls visiting MCSC and learning about its structure and people. She was impressed by “tremendous leaders” and their “dedication to service and volunteerism.” When she was invited to work in Michigan, VanDam agreed, eager to learn from individuals like Dorothy Johnson, Russ Mawby, and First Lady Michelle Engler, some of the most “thoughtful and successful leaders of the nonprofit and volunteerism field.”

“I think that Michigan has just had this culture of rolling up their sleeves and wanting to help and contribute in some way. So, I think that that culture, you don’t always find that in other communities. Whether you’re in the Upper Peninsula or in Detroit or Benton Harbor, people want to make a difference. They want to live in communities that are vibrant and healthy and safe and producing healthy kids and educated kids. So, people are always looking for ways to help and contribute to make sure that their community is the best community it can be.”

Since joining MCSC in 1995, VanDam worked to develop initiatives around the state, including AmeriCorps, Learn and Serve, MichiganCARES, and Volunteer Michigan, a partnership with the Volunteer Centers of Michigan. These projects allowed her to look at service as a strategy and examine how to use service and volunteerism to address some of the toughest challenges in the state:

“We’ve used AmeriCorps in one strategic way. We place individuals, they do a year of service in the nonprofit or it could be a government agency, and in exchange they receive a small stipend and then they receive an education award at the end of that. But these individuals are addressing some of Michigan’s biggest issues: foreclosure, homelessness, drop-out rates in high school students.”

In addition, these initiatives have helped to retain young talent in the state and contributed to a culture of individuals who are civically minded and who “tend to go into jobs that are in the nonprofit or public sector.” VanDam noted, “I think incubating that talent is extraordinarily important. We have to find new and other ways to do that as well.” VanDam remained involved with programs like Mentor Michigan that aim to provide mentorship for youth in the state and mentored new executive directors of state commissions from around the country.

While at MCSC, VanDam chose to connect with partner organizations to drive successful outcomes for programs and initiatives within the state. MichiganCARES, for example, was one of the first MCSC initiatives to look at volunteer infrastructure on a community level. For this initiative, VanDam and MCSC partnered with the Council of Michigan Foundations to assess the volunteer infrastructure in Michigan and to develop a strategic plan to use incoming federal funding. The MichiganCARES process developed some of the strongest volunteer centers in the state, including Volunteer Muskegon and Resource Genesee (located in Flint). VanDam’s focus on developing and maintaining institutional relationships, while working in tandem with the state-funded Volunteer Investment Grants program, ensured a sustainable model of support for volunteer centers across the state. This focus also contributed to a philanthropic network that works together to best leverage federal funds for local communities. She credits this vision of institutional connectedness to Russ Mawby, “the one who has really shaped what our relationships and our organizations look like.”

At MCSC, VanDam served as director of programs and deputy director, before succeeding Kyle Caldwell as executive director in March 2009. In 2011, VanDam became chair of America’s Service Commissions. In 2012, VanDam also became Bureau director at the Michigan Dept. of Health & Human Services, which houses MCSC. The Bureau works to increase collaboration among existing boards, commissions, and programs to better serve marginalized populations and Michigan residents who are in need.

VanDam has worked at the intersections of philanthropic infrastructure and government to strengthen volunteerism in the state and has found her passion working with federal and state programs tackling difficult social issues through the strategic use of service.

Paula Kaiser VanDam discussed her insights and experiences in working with Michigan’s philanthropic community and the Our State of Generosity (OSoG) partners. The following quotes specifically relate to the five organizing themes of the OSoG project.

“I think that power has been used to really lead an effort to have such a strong nonprofit sector and a strong volunteer sector in our state. I think some people have used that power very strategically to advance the cause, not advance themselves, which is a difference.”

“The other initiative that we had, that I would be remiss not to talk about, is our volunteer investment grants which were actually an endowment building program that was funded by the state of Michigan in the Legislature to help volunteer centers actually create an endowment fund. That lasted for about 10 years where we worked and volunteer centers provided either a two-to-one or a one-for-one match and the match dollars for those grants were endowed in community foundations all across the state. Volunteer centers now have a small pot of money that’s helping with their overall sustainability.”

“I think we … know that there’s not enough money, ever, to solve all the problems and so it’s only when people roll up their sleeves and are also contributing, where we are actually going to be able to really solve some of the huge and social issues that are in our state.”

“I think people have to find the leadership opportunities that they’re most comfortable with and sometimes that’s in their professional life and sometimes that might be in their personal life through volunteering and just taking a lead on a committee or group. I think people have to find what’s most meaningful for them and what they’re most comfortable with and when they do, they’ll be absolutely successful with it.”